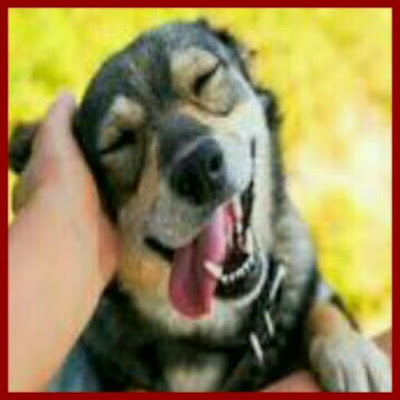 The hormone oxytocin is released in humans and in dogs when we interact or have contact with someone we like. This 'love hormone' helps cement and increase the bond both humans and dogs share :)
Dogs have a sense of time and they know the difference between a hour and 5 and they get so conditioned they can predict future events, such as regular walk times. So if you come home the same time every day and even if you sneak in your house your dog is in the same spot waiting for you it's because they have the sense of time and it is not dog voodoo :)
Have you ever wondered why children around the age of 2 get along so well with dogs it's because dogs are as smart as 2-year-olds and they speak the same language, roughly 250 words and gestures :)
Dogs feel jealousy when you show affection for another creature. We've all had a dog that never liked our significant other or when we patted the cat :)
Your dog can smell your feelings. In fact, your dog’s sense of smell is approximately 100,000 times better than yours. So it shouldn’t be shocking that they can in fact, smell things such as fear. When a human is fearful, they perspire, and a dog is easily able to pick up on this change :)
Have you ever noticed when you're sitting on the couch and your dog is beside you and you're petting them and you feel calm and relaxed it's because petting a dog can actually benefit your physical and mental health. Studies have shown that petting a dog for 15 minutes can lower blood pressure by 10%, can help lower feelings of stress, depression, and combat loneliness :)
If your dog experiences separation anxiety try leaving some clothes with him that you've worn. It has been proven that the sent you leave behind on your clothes can help ease your dog's separation anxiety :)
Chocolate can be very deadly to dogs due to containing the ingredient, theobromine. Dogs cannot metabolize theobromine and ingesting chocolate could cause a severely toxic buildup in their system which could become fatal :(
If you have allergies and you want a dog get a Maltese dog because they do not shed :)
A vast majority of strays that end up in shelters are pets who are lost simply because they don't have any identification. Fourth of July is the busiest time for animal shelters as most pets get lost during that holiday due to being scared of loud fireworks and running away. My poor dog would shake and cry when the fireworks went off :(
4 Dog Treat Recipes 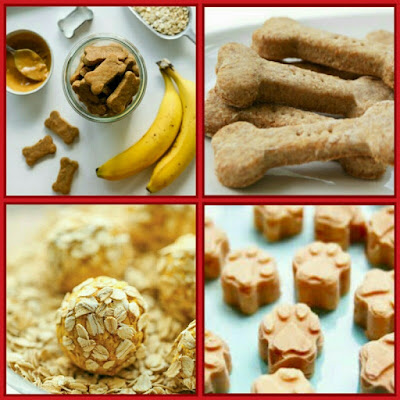 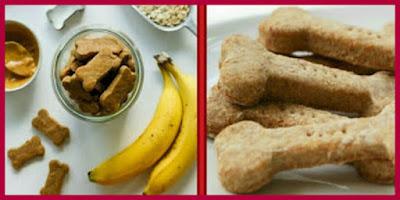 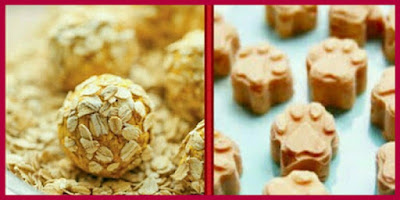 When Having A Kid's Party You Always Want To Make It Unique As Possible And Making Treats Out Of Candy Is One Unique Way Your Kids Will Love. Here Are Some Awesome Edible Crafts For Your Next Child's Christmas Party......I Hope You Enjoy Them :) 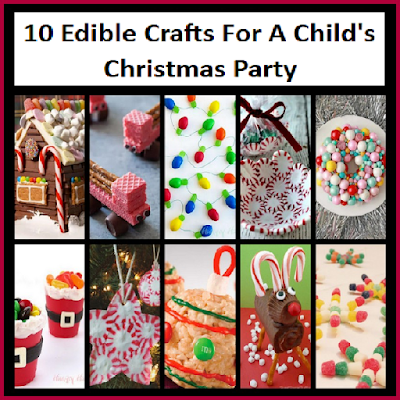 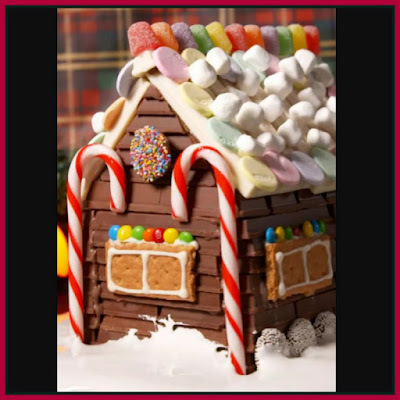 1...This Kit Kat Candy House Crushes Boring Old Gingerbread Houses
Every holiday, you set out with the best intentions to make a next-level gingerbread house, but if your attempts are anything like ours, it more often than not ends up a gigantic pile of frosting, cookies, and candy that is maybe the most unappetizing sweets have ever looked. But before you give up on them for good, we've got a trick, and it's going to help you make the easiest (and also the most delicious) gingerbread house ever. CONTINUE READING >>HERE<< 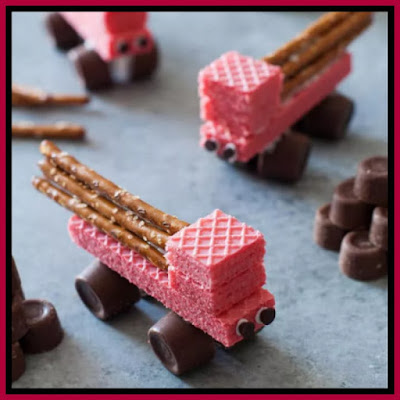 2...Monster Truck Snack Haulers
This load bearing treat is surprisingly easy to make. Wafer cookies make up the bulk of the truck while Rolos move it all along as giant monster truck tires. A little bit of frosting holds it all together, including tiny little chocolate chips for headlights. Don’t stop at pink trucks, vanilla and chocolate wafer cookies add a manly touch to a sweet treat that everyone will love! CONTINUE READING >>HERE<< 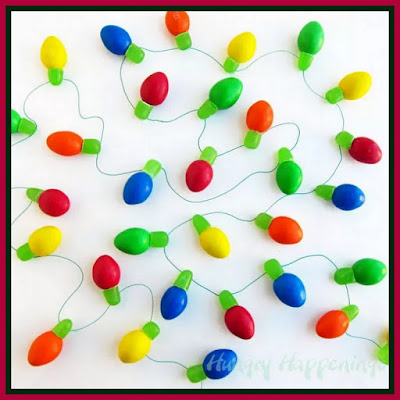 3...Candy Christmas Lights
Attach chewy Mike and Ike candies to Almond M&M’s to create these festive Candy Christmas Lights. They are so quick and easy to make that you can have a whole string of them made in less time that it takes to untangle real lights. CONTINUE READING >>HERE<< 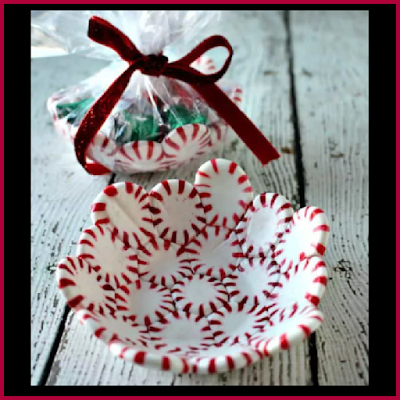 4...Bowls Made From Peppermint Candy
These DIY Peppermint Candy Bowls are the perfect DIY Christmas Gift. Made from peppermint candy and melted into a bowl, you can put delicious holiday candy in it and wrap it up for an adorable holiday gift for friends, family, co-workers and more! CONTINUE READING >>HERE<< 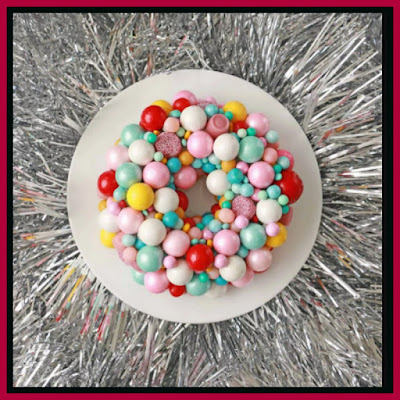 5...Retro Wreath Cake
I love all holiday decorations, but my absolute favorite decorations are those from the past—especially mid-century decorations. Aluminum trees, tinsel, brightly colored glass and metallic ornaments … basically anything full of kitsch and color really makes me swoon. When thinking of holiday dessert ideas, I wanted to pay homage to those beautiful ornament colors of the past, and a wreath cake adorned with retro-colored ornament candies seemed like a pretty perfect way to do that! CONTINUE READING >>HERE<< 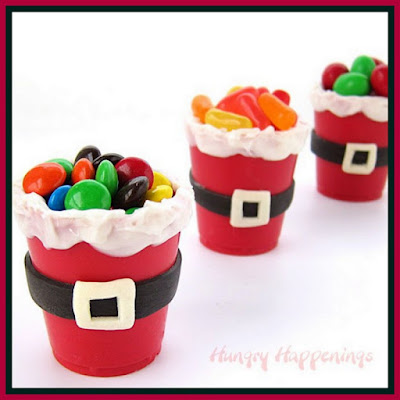 6...Edible Santa Suit Candy Cups
Add a touch of whimsy to your Christmas treats this holiday by making Edible Santa Suit Candy Cups. You can fill them with candies, pudding, chocolate mousse, or nuts. This has sure been a busy holiday season for me, trying to balance my chocolate making business with blogging while making sure our exchange student has a wonderful holiday experience. CONTINUE READING >>HERE<< 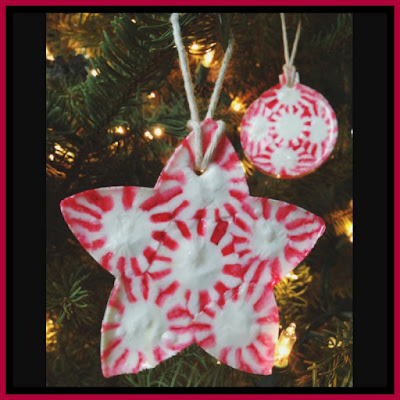 7...Peppermint Candy Christmas Ornaments
Peppermint candies are so festive and classic, no matter what time of the year it is, the sight and smell of peppermints always reminds me of the holidays. Peppermint Candy Ornaments are thrifty and quick to make, they’re a handmade project that is perfect for this time of the year, when we’re all running a little lower on money and time! You could make a dozen of these edible ornaments at just a dollar per bag of peppermints. CONTINUE READING >>HERE<< 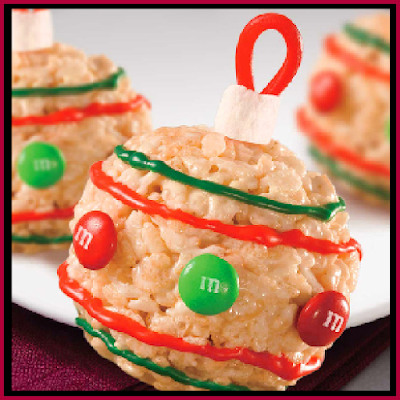 8...RICE KRISPIES Ornaments
This edible craft is the cutest thing ever. I wonder if the kids could save it and take it home to hang it on the tree without taking a bite or two. CONTINUE READING >>HERE<< 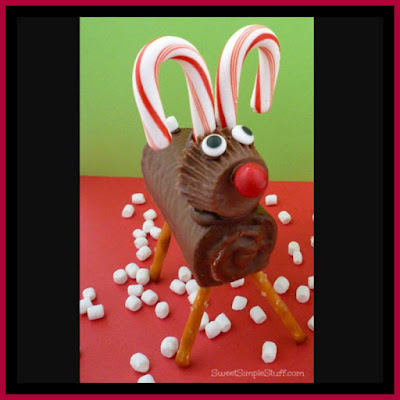 9...Peanut Butter Cup and Swiss Roll Reindeer
If you are going to the grocery store, you may need to add a few items to the shopping list … I’m sure you will want to make some silly reindeer!  Do you have Reese’s Peanut Butter Cups, Little Debbie Swiss Rolls, candy canes, Sixlets, candy eyeballs and pretzel sticks in your pantry?  I’m kind of embarrassed to admit, but really happy that I actually had all of those items in my kitchen!  I couldn’t resist temptation … ignored my “to do” list and made Peanut Butter Cup and Swiss Roll Reindeer for you. CONTINUE READING >>HERE<< 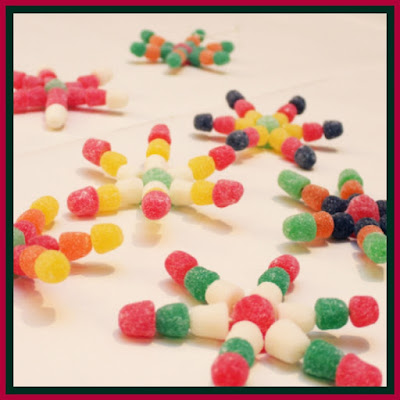 10...Gumdrop Snowflakes
Looking for a simple way to keep your kids busy during winter break? Look no more! DIY Gumdrop Snowflakes are a simple way to keep all the little hands in your life, busy! They are a perfect addition to a children’s table at Christmas dinner, or even the perfect topping to a special Christmas gift. You might even have all the supplies hiding in your kitchen already! CONTINUE READING >>HERE<<
No comments:


Ruth Wakefield's cookbook, Toll House Tried and True Recipes published in 1936 featured the "Toll House Chocolate Crunch Cookie" recipe which rapidly became a favourite cookie in American homes. During WWII, soldiers from Massachusetts who were stationed overseas shared the cookies they received in care packages from back home with soldiers from other parts of the United States. Soon hundreds of soldiers were writing home asking their families to send them some Toll House cookies. The company Maryland Cookies brought the recipe to the UK in 1956 and it became one of the UK's best selling chocolate chip cookies. 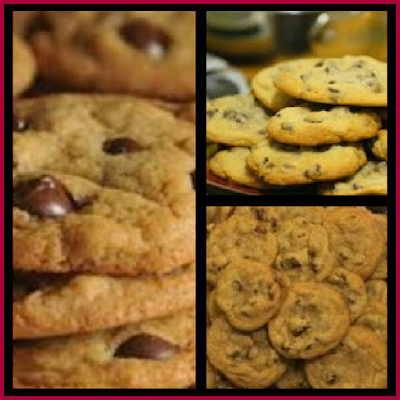 BAKE for 9 to 11 minutes or until golden brown. Cool on baking sheets for 2 minutes; remove to wire racks to cool completely.


PREPARE dough as above. Divide in half; wrap in waxed paper. Refrigerate for 1 hour or until firm. Shape each half into 15-inch log; wrap in wax paper. Refrigerate for 30 minutes.* Preheat oven to 375° F. Cut into 1/2-inch-thick slices; place on ungreased baking sheets. Bake for 8 to 10 minutes or until golden brown. Cool on baking sheets for 2 minutes; remove to wire racks to cool completely. Makes about 5 dozen cookies. 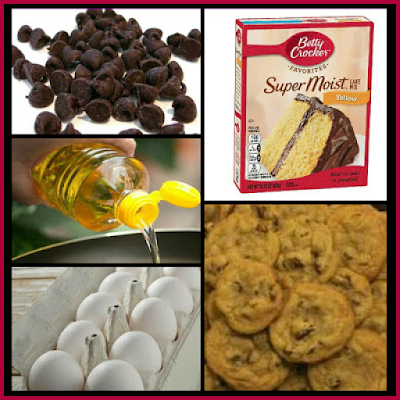 Just The Facts Jack And A Few Smiles And Giggles :) 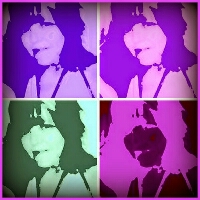 Rest In Peace Dad, I Love You 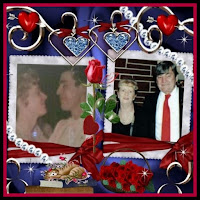 I Love You Dad xoxoxoxo